Acupoints for constipation and hemorrhoid relief 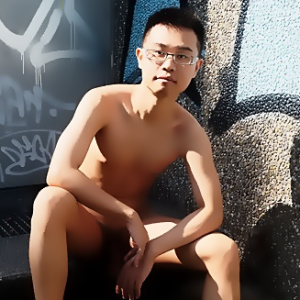 I'm Will. Normal student who loves to be naked.
All Posts

Perinuem (also known as taint) is the area that Kegel exercise targets.(The area between the anus and the scrotum or vulva.) This is a very intimate part of body and it’s very important to pay some attention to it for optimal health.  Traditionally, perineum carries some weights in various ritual and health practices. For example,

I’m gonna share with you a very natural yet effective way to relieve constipation, reenergize yourself and to get healthier, i.e. the perineal Self-Acupressure Technique and perineum massage. Sometimes, in our lives, because of stress and negative emotions or side effects of medications, we might experience the “occasional irregularity”. Rather than taking over-the-counter stool softener drugs, there’s one really easy way to help one release. Of course, the best way to go is to increase the intake of fiber and water and also exercise more~~~  (I have made some exercise videos. They’re all picked by me from tons of other exercises and I found out that they have the best result on me. Let’s maybe do it together some time 😀 )

2.1 Some criteria of constipation

The Rome III Criteria for functional constipation must include two or more of the following and present for the past three months, with symptoms starting for at least 6 months prior to diagnosis.

Traditionally, it is an important point for genitourinary disorders. For instance, disorders involving frequency, dribbling, urgency a/or painful issues. (In modern days, a kidney stone sufferer would have these symptoms.) It is also a main point for disorders of the coccyx. Injuries to the coccyx will generally cause the tip of the coccyx to point more ventrally, to deviate to one side, or both, affecting the energetics of the spine and the whole body.

One researching findings shows that  acupuncture intervention of GV 1 (Changqiang acupoint) can improve the learning- memory ability in autism rats. Also another research finds out that Combination of Chengshan (BL 57) with Changqiang (GV 1) is effective for improvement of hemorrhoidal pain in defecation. Both research paper are from American national library of medicine and the links are provided in the reference section.

Position: At the perineum, midway between the anus and the scrotum in men, and the anus and the posterior labial commissure in women. This is the most important acupoint. One of the greatest acupuncturist, Li Shizhen once described it as “one acupuncture point for all”.

Li Shizhen… who?
Li Shizhen  1518-1593, courtesy name Dongbi, was a Chinese acupuncturist, herbalist, naturalist, pharmacologist, physician, and writer of the Ming dynasty. His major contribution to clinical medicine was his 27-year work.

Being a meeting Point of the Conception, Penetrating and Governing Vessels, It has a unique role in regulating physiological and reproductive function. This point is also known as the Sea Earth Point, the Yin Stilt Point, the Life and Death Oracle, and the Undersea Wheel (base Chakra), which contains many mysteries of the human body and has been valued by the Tantric and Taoist schools.

When it comes to ways to massage or stimulate the acupoint, I personally prefer lying on my back, feet slightly apart, rub and press the acupoints with my fingers for 4 minutes at a time, alternating massage with both hands. 2 times daily. It’s actually a bit exhausting to do so I use a tip of a pen to massage those points. Or you could sit straight and slightly tilt your upper body forward and form your hand like this (index finger lying on top of middle finger). Use middle finger to massage.

Introductory chapters describe and illustrate the channels and collaterals, the various categories of points, and methods of selection, location, and needling. Ensuing chapters present each of the points of the 14 channels as well as the extra (miscellaneous) points, identified by their English and pinyin names, and Chinese characters. Each point is located in accordance with the most exacting anatomical standards to be found in any Western textbook. For each point there is a dedicated drawing, followed by regional body drawings. The quality of the 500 drawings is far superior to those in any other TCM text. There are also practical pointers for finding and needling the points, and cautionary information about what to avoid. In addition to point indexes by their English and pinyin names, there is an index identifying every part of the body reached by each of the channels, and separate indexes of point indications listed according to both TCM and biomedical symptoms.

..the PERFECT pictorial atlas of acupuncture points. Not only has a description of each acupoint (see far left of column of picture), but also has 3 different illustrations: graphic, overview of channels, and a photograph showing the acupuncture needle in position. I cannot say enough about this book.

Stop the unfair censorship of my naked body

An exercise to improve impotence and incontinence

Please help me spread the words and just wait a few sec. 1.Introduction and why? The targeted muscle group. It targets the pelvic floor muscles, (dome-shaped muscular sheet)which support the uterus, bladder, small intestine and

I’m here to express myself, promote myself and connect with people  worldwide as well. Nudity to me besides the way of expressing sexuality is authenticity,freedom,liberation,relaxation ,equality and nature. It shows the real me and catches people’s attention. Nothing is fake or hidden or be ashamed of. I keep my nudes elegant and graceful. (I wish I did it ) Feel free to contact me 🙂

I'm Will. Normal student who loves to be naked.

1. Difficulties I face It’s no news that nudists/naturists get unfairly silenced. Artists, photographers and dancers or anyone who shows a little bit more of skins receive the same treatment on various platforms. I made Read more…

An exercise to improve impotence and incontinence

Caution: This content is strictly the opinion of me (NakedWill) and is for informational and educational purposes only. It is not intended to provide medical advice or to take the place of medical advice or Read more…

We use cookies on our website to give you the most relevant experience by remembering your preferences and repeat visits. By clicking “Accept”, you consent to the use of ALL the cookies.
Do not sell my personal information.
Cookie settingsACCEPT
Manage consent

This website uses cookies to improve your experience while you navigate through the website. Out of these, the cookies that are categorized as necessary are stored on your browser as they are essential for the working of basic functionalities of the website. We also use third-party cookies that help us analyze and understand how you use this website. These cookies will be stored in your browser only with your consent. You also have the option to opt-out of these cookies. But opting out of some of these cookies may affect your browsing experience.
Necessary Always Enabled

Performance cookies are used to understand and analyze the key performance indexes of the website which helps in delivering a better user experience for the visitors.

Analytical cookies are used to understand how visitors interact with the website. These cookies help provide information on metrics the number of visitors, bounce rate, traffic source, etc.

Advertisement cookies are used to provide visitors with relevant ads and marketing campaigns. These cookies track visitors across websites and collect information to provide customized ads.

Other uncategorized cookies are those that are being analyzed and have not been classified into a category as yet.